On guitar and vocals is Rob, who was also in Redwood. Rob programmes and records the backing sequences that occasionally pop up within a Rollercoaster set. His experience with function and original bands is vast, with soundtrack and advertising writing credits, tours in the Middle East, session work in all genres of music. He is also a founder member of Goldrush, the foremost Crosby, Stills, Nash and Young tribute act in the UK!

“Rob  began his writing career as guitar player & writer in almo sounds signings redwood. The band toured relentlessly throughout the late 90s with other acts such as feeder, everclear & a

Lazydog played many gigs & recorded a new album with massive attack producer neil davidge who had just finished recording mezzanine. It was in this setting that rob found himself most comfortable using sounds & textures to create a fresh take on what was becoming a stale music scene. It was as lazydog that the band did their best work.

Rob then went on to produce & engineer many up & coming artists such as cooper temple clause, reuben& hotel lounge, & also md on projects such as fragile for universal. Robs influences lie in the music he was brought up on: crosby stills & nash, Bob dylan, jimi hendrix , eagles, peter gabriel, commodores, king crimson, Pretty much anything with guitars & harmony vocals!

Robblackham now works predominantly as a songwriter/producer for hire & is equally comfortable on collaborations & co-writes as he is writing bespoke songs or “off the peg” compositions for clients.” – taken from www.robblackham.com 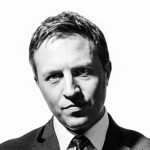