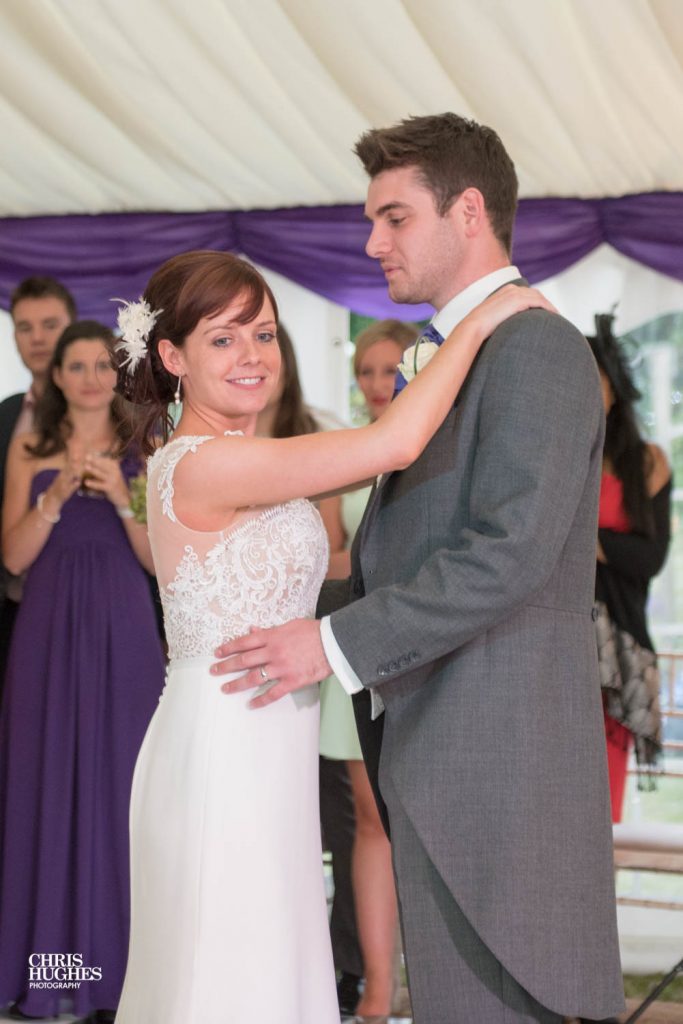 Congratulations Siobhan and Alex.  These guys had seen us at Nicola and Phil’s wedding at Lythe Hill ( see photos – there they are on DSC_0997.jpg, far left!!!), so they knew what to expect.  The house was a lovely location, and the marquee looked lovely.  It was a tight squeeze with the photo booth next to the band, but still worked well.

First dance was Love You More by JLS, played by the band.  We did our own take on the song, so it didn’t sound too ‘boy-band-ish’… more of a live-lounge vibe…. which happened to be exactly how Siobhan had wanted it!  The guests were a great crowd to play to – a very even mix of older and younger folk.

The photo booth has to be mentioned again – at one point there was a loud cracking / splitting noise from next to the band, and the booth itself collapsed – with 5 people inside (no one was hurt – physically at least 😉 ).  The band carried on playing, and after a few songs, the booth was back in action – just with no sides – and two chairs to sit on.  So from that point on, most of the photos had the band playing away in the background

Siobhan and Alex had gone for a 1am finish, so we pushed on past midnight, and DJ’d till the finish.  After that, some wedding guests setup a computer sub-stereo through which they carried on playing tunes.

It was a great wedding to play – a friendly crowd who were up partying all night long!  Many thanks again for looking after us – best of luck in the future!