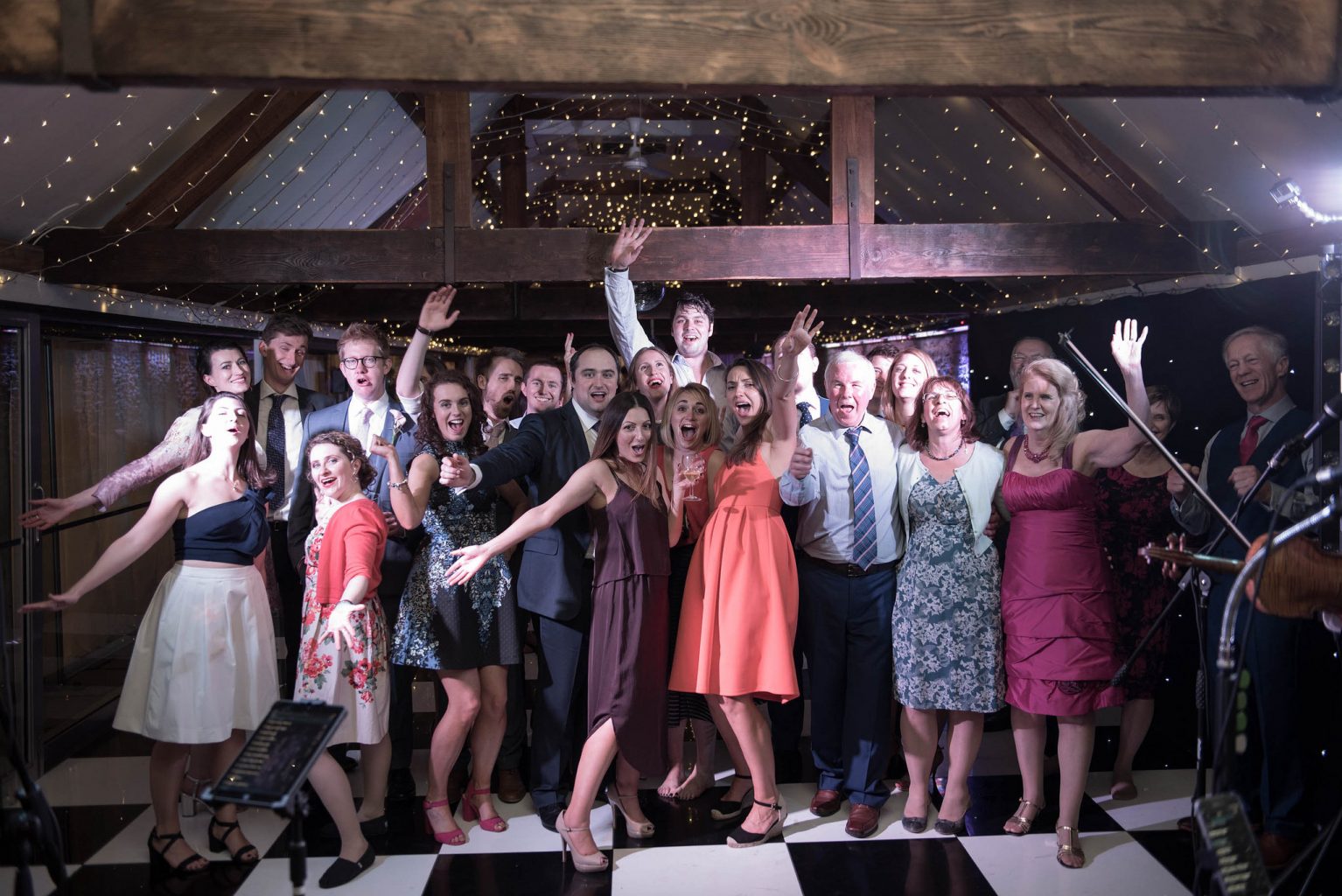 As a band, we had met Rob and Elizabeth a few times before – this was a couple who loved their music… and who saw the music itself as a major part of the day (which is true!). First dance was to be played by the band – Shut Up And Dance by Walk The Moon. this was a great track to be pushed into learning, as it actually sits really well within the main band set… and hence will be included in all sets in the future.

After the first dance, the band played on, and the guests danced throughout – breaking only for the fireworks, which too place in the castle grounds (beautiful surroundings for a wedding reception).
Second set started with Rob and Elizabeth singing their first dance – a repetition for the band, with important guest singers!!! We then pushed on with the set and finished in the usual fashion, with the crowd singing, dancing, and calling out for more 🙂

It was a lovely wedding to play – thanks for looking after us – best of luck in the future!

Nice one guys…. 🙂
I see you got some good shots on the night too! I have a few shot of you all on my blog if you are interested.
All the best.