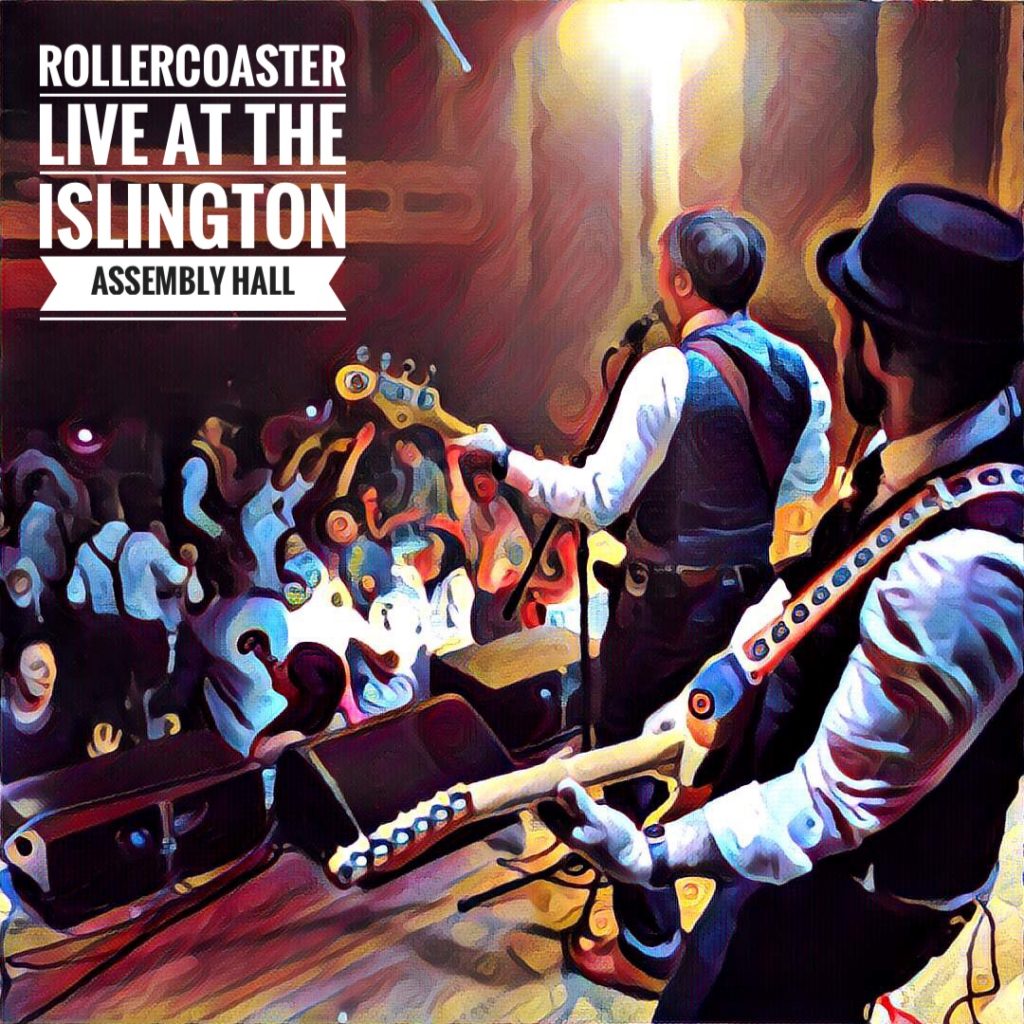 These guys had sen us at the Walled garden in Cowdray, so knew what to expect… however this was going to be a very different vibe.  For a start, the Islington Assembly hall is one of London’s top music venues… which means having a live band makes absolute sense.  There would be dedicated sound engineers, lighting engineers etc. and the PA and lights are on a  full professional level (considering it is a venue where you could have seen the Foo Fighters… amongst countless other bands who have passed through the capital city.  We had our tech drummer Jonty come and setup for soundcheck… always great to see him when he isn’t off being an international model!

(Here you can see a clip of when bride and groom entered the room – to the sound of South America!)

The other element to the wedding, was that there was a strong South American influence – on the bride’s side – so we had various playlists of traditional songs (to the untrained ear, cool, fun Latin sounding music).  First dance was ‘Unchained Melody’, which we played, with drummer Chris, nailing the vocal line (not sure how he gets the high notes 😉 )  After that, we moved on through the set, playing  a wide mix of tracks.  The Celtic influence was requested, so with Jason on fiddle, we obliged.  Holly was joining us this night as well, so we were able to knock out some authentic ‘female’ tracks, into the mix.

In the break, we played the ‘Hora Loco’ section, where the guests dressed up with party accessories, and danced like crazy… a lovely sight to see!

The final set pushed on in full swing, with no lulls or gaps – everyone was simply up for a party, and it was a great events to play!

Thanks so much for looking after us – and giving the band a chance to play such a wonderful venue.  Best of luck to Philip and Vicky in the future – hopefully see you all soon!