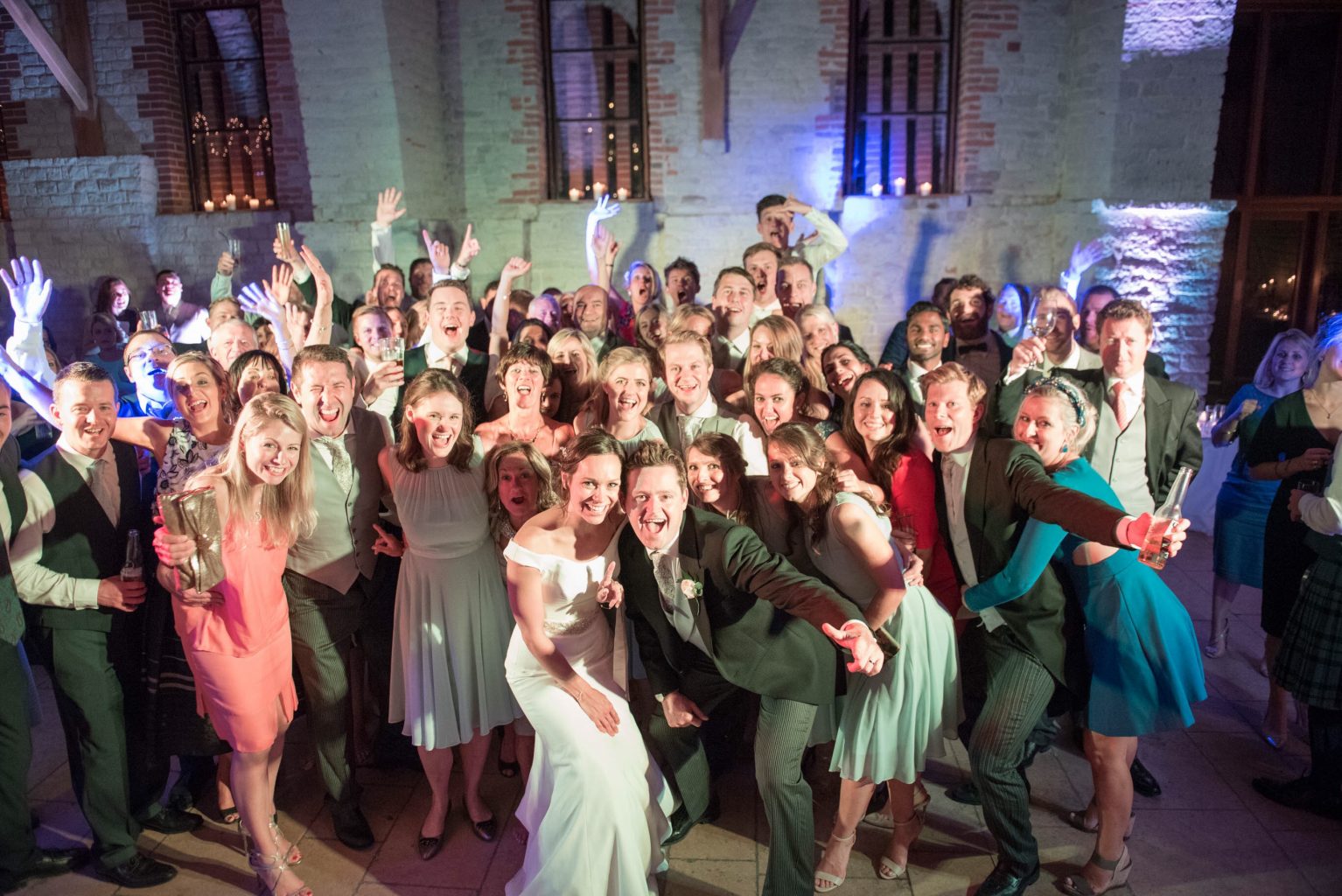 This was one of the weddings connected to the Two Many Cooks caterers weddings… though the links through friends and family go way back. We had a chance to chat to Jaime and Dave at a previous wedding, and we could tell the vibe was going to be good.  They were lovely to deal with in the run up – they basically let us play whatever we decided to on the night (we’re fairly good at adjusting to the crowd in front of us), and they had chosen Don’t Stop Me Now as the first dance – which we have played 100’s of times over the years… so it would be a fairly good delivery 😉

They opted for an early arrival, so we were well setup and clear by the time the guests arrived.  The sound limiter is fairly tight in the venue, so we used the electric kit… leading to a lovely balanced sound out front.  Catering was handled by the very wonderful Jacaranda, with J.J. at the helm, which guaranteed perfection on the food front!  Guy Collier was the photographer at hand – which in turn means the photos will be first class.  So in all, a dream team!

The crowd danced away, drank and partied.  It had been raining earlier, but this didn’t dampen spirits – the second set took off, with a few unintended stage invasions.  It was a perfect crowd to play to – the kind of gig that you don’t want to finish.  At the very end, when all the guests had gone, we had a chance to chat to the bride and groom, who very kindly handed out the wedding bouquets of flowers to the band – which was very kind indeed.

A lovely crowd to play to, with the model bride and groom.  Thanks for looking after us – best of luck in the future!