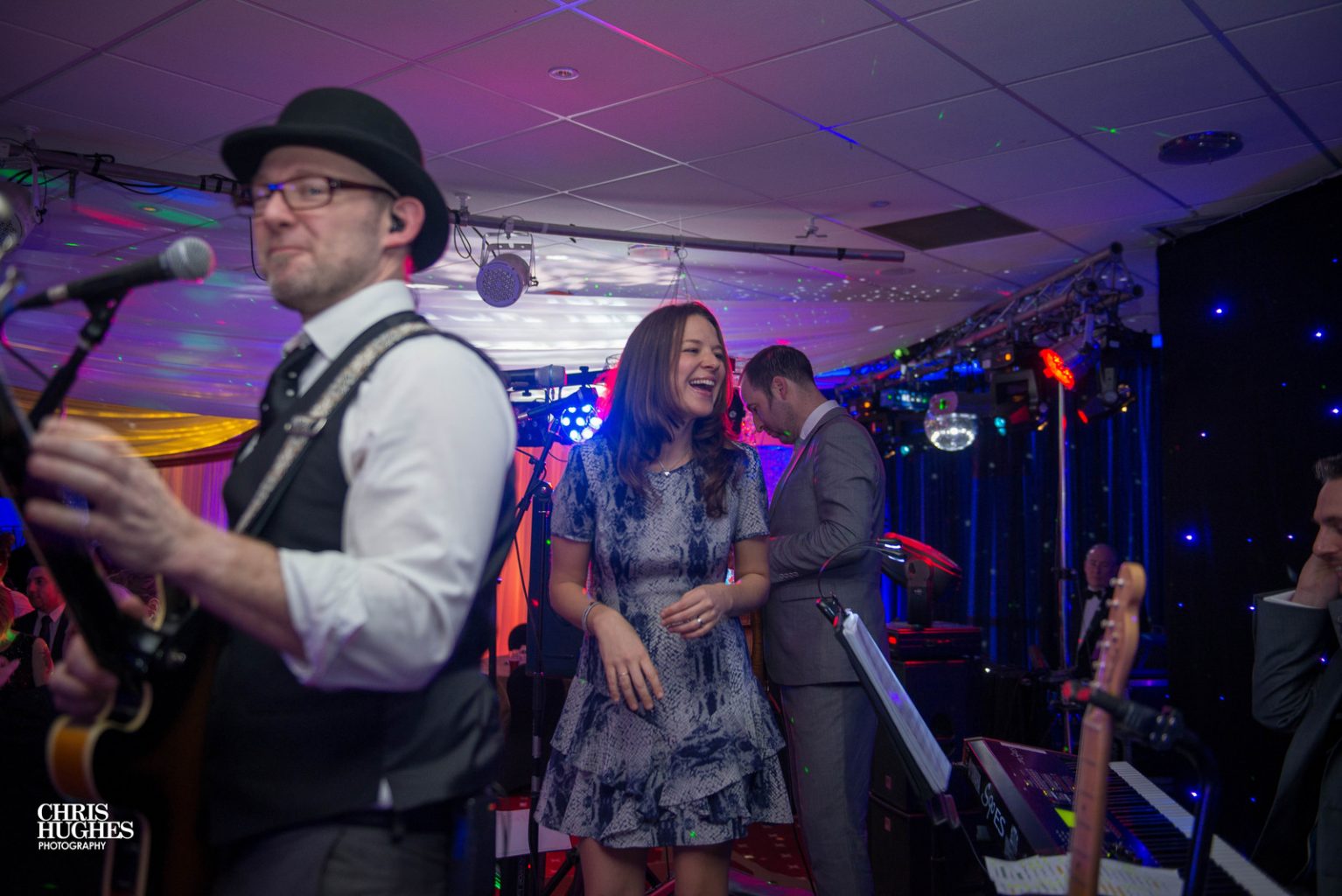 This was a corporate party for Formula One Management – yes F1, the Grand Prix, car racing etc company… so it was frankly an honour to play… I mean, who can beat fast cars with noisy engines!

This was a 6 piece gig, with Holly Cowan joining the band on vocals.  Completing the line-up was Alex Keys on keys, Jason Dickenson on fiddle… and the regular core 3 piece.  Set-wise, this meant we could include a few other ‘female tracks’, like Firework, Call Me Maybe, That’s Not My Name, Don’t Call Me Baby + others.

The crowd were great – really responsive… and very glamorous and well presented, it has to be said! We went on after the raffle – ‘Production’ seemed to be winning a few prizes… and some lucky person came away with an iPad Air.  After a short break, we pushed on with the second set, highlights being the new track Wake Me Up (Avicci), and naturally the songs sung by Holly!

We wound the night up on the traditional 500 Miles, as the lights were brought up at 2am.  It was a fantastic night – a really friendly crowd, who were a pleasure to play to.  The female singer definitely added another dimension to the band, so expect to see more of this in the future!