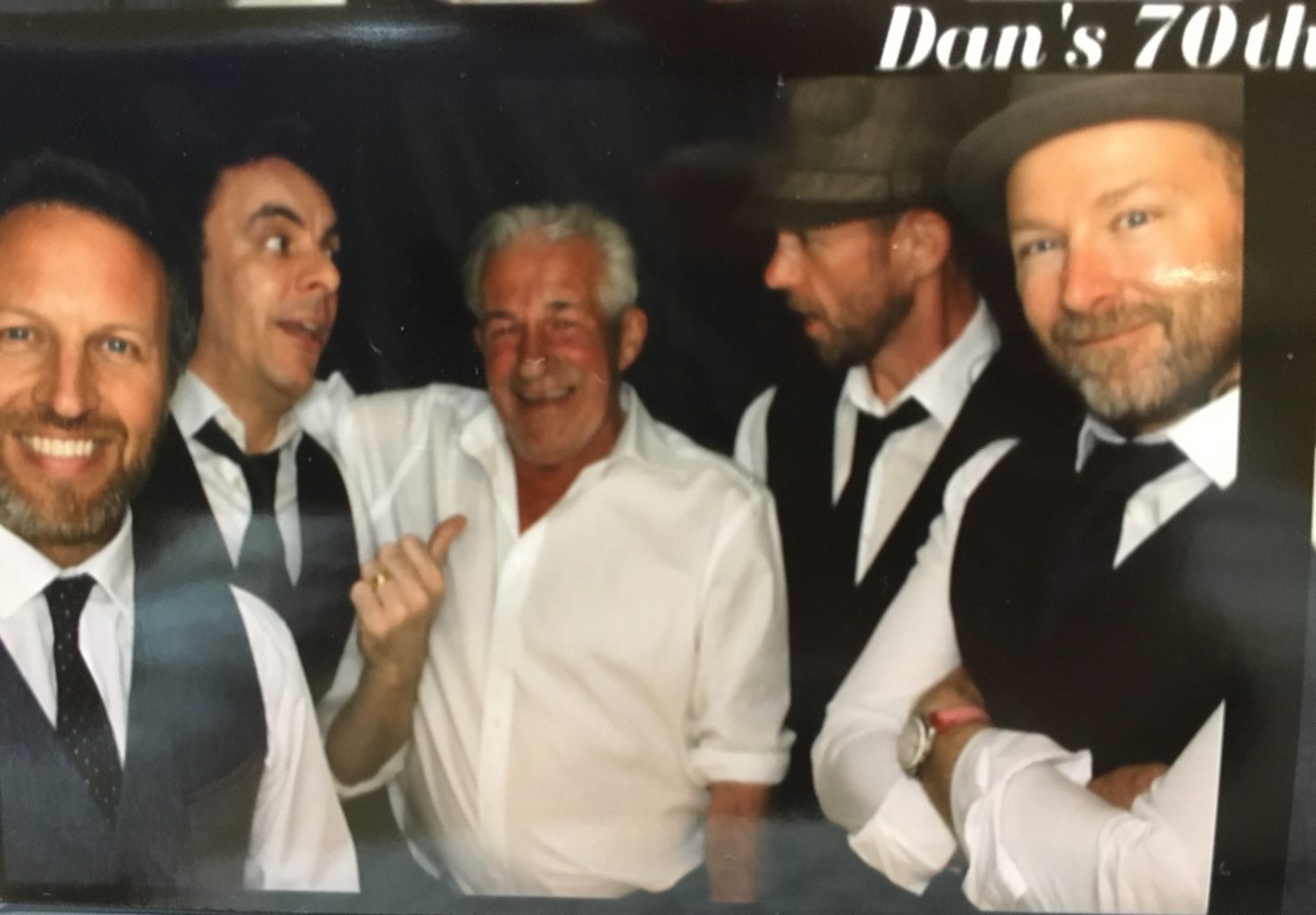 This was our first  visit to the Hazelwood Centre at The London Irish Training Ground, though it was a lovely venue to discover.  Easy to get to, huge amount of parking, and a large and pleasant room overlooking the rugby pitches and training grounds.  The staff were really pleasant and helpful – and it turned out they had all seen us a few weeks before when we played at Kempton Park Racecourse Irish Day.

There was going to be an Irish theme to this event, so we were booked with our fiddle player.  This time we were playing with the supreme talent that is Jake Walker – a man who has played with Rollerecoaster on and off for the past 15 years… His day job is writing music for films, and playing viola for the London Symphony Orchestra (in the past he has played wit h The Pogues, Van Morrison, Pink Floyd etc.)  Dan’s daughter Sarah had been the point of contact for the band, and it certainly seemed like she had done a huge amount of preparation, from the ’70th’ balloons to the crisps, snacks, and table of tasty sweets and treats.  There were also sandwiches and a supreme curry that was served part way through the evening… And for a crowd of around 150 people!

This was a surprise party for Dan – he though he was coming to the Rugby Club to celebrate someone’s Anniversary.  As it was, he walked in and was obviously bowled over by the scale of the party in his honour (he mentioned how his brother had travelled over from Ireland, amongst all the other surprise guests).

We split the night into three sets, and played all the Irish tunes… And included a new one, in the form of Leaving Of Liverpool (which will now be in the main set – a great song).  It was super hot, so people came and went from the dance floor, but the party carried on regardless.

It was lovely to chat to the charming girls in the break – sisters of Dan, and extended family.  There was a lovely vibe throughout, and Dan (or Tommy as he was known to some) was a very friendly and warm hearted chap… We were lucky enough to grab a photo with him in the party photo booth at the bar.

Hopefully we’ll see this family again – it was a joy to play.  Thank you for looking after us, and best of luck in the future… And happy birthday!!!