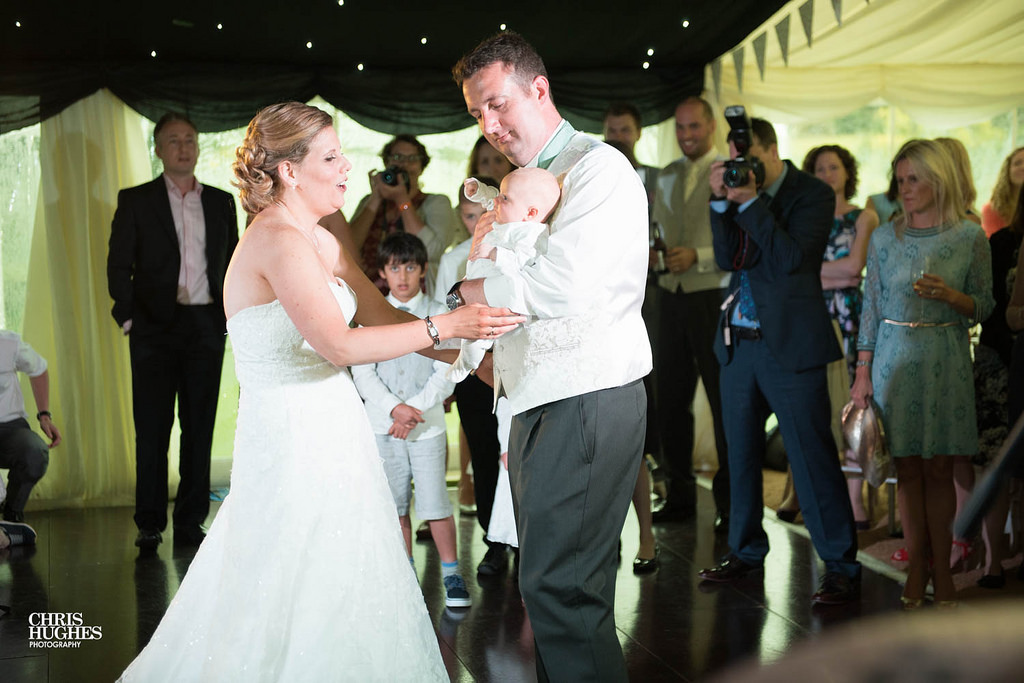 This was new venue for the band… and for the venue itself and all the suppliers ( Blank Canvas Weddings, Sally Iddles catering, Alexander Leaman Photography ).  We can’t miss mentioning the weather… it rained.  Not just a little, but continuously, and heavily.  Add this to the fact that the original wedding was to be at Clandon Park (which due to a major fire was taken out of action) – and all the factors were stacking up.  However, nothing was going to dampen the spirits of this wedding party.  There was a great vibe from the start, and even in the rain, the location was beautiful.

The first dance was played by the band – All Of Me by John Legend – which was a fantastic song to learn and perform.  Beautiful lyrics and melodies, and most likely to remain in the set from hereon.  From then on, the dance floor remained busy, but really picked up in the second set.  At times, it was similar to one of those climactic club scenes – arms in the air, the whole dance floor heaving up and down in perfect rhythm to the band.  For a wedding band, these are the most perfect and memorable experiences.

It was a great party – and a true pleasure to play.  Thanks for looking after us, and best of luck in the future!