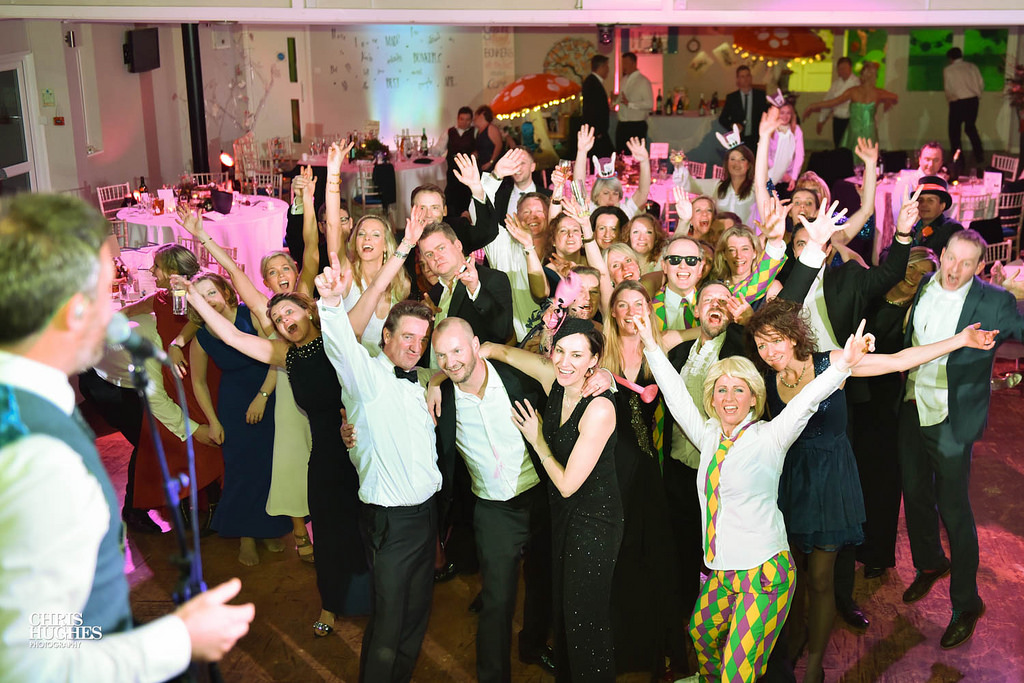 We were introduced to the Belmont School PTA via Suzie and Graham, whose wedding we played in 2015… so at Suzies recommendation, we were booked in to play the PTA School Ball.  The theme was Alice In Wonderland, and the hall was decorated beautifully.  Lots of effort had gone into the whole presentation of this event – which will in part have led to the wonderful atmosphere throughout.  There was a meal, followed by an auction, and then onto the band.

We had Jason on fiddle, so with the close proximity to St Patricks, we threw in a few Irish tunes.  In all, this was a prefect crowd – similar to the Action For AT gigs we have played in Headley, and similar to the 40th and 50th birthdays the band have played for.  We kept the tempo up, and put in all the hits.  After a micro-break (5 minutes) we pushed on into the second set, and the guests partied on.  It was a 1am curfew, though the audience wouldn’t let us leave at that point, so we played a few encores, then finally finished.

This was a great event to play – the perfect crowd for Rollercoaster.  Hopefully we’ll be back again – thanks for looking after us!