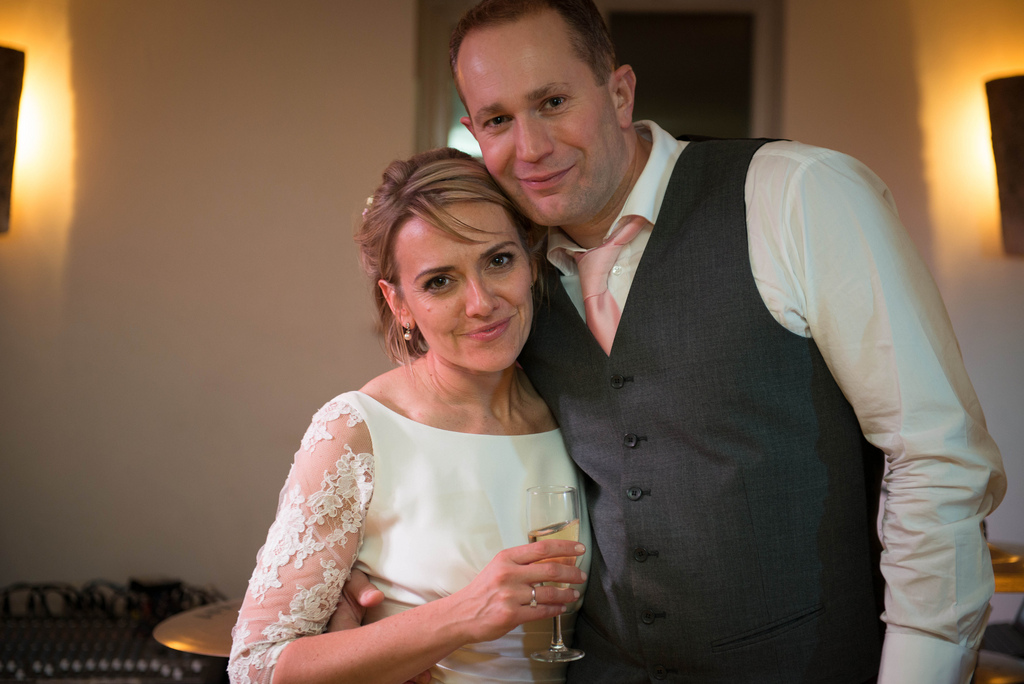 Congratulations Alice and Simon.  Back at Bury Court again – one of the bands favourite local venues.  As usual the catering was splendid, thanks to Jacuranda, and the venue was looking lovely as ever.

by the band, followed by Footloose (also played by the band, for the first time!).  Footloose went down really well, and may find itself wearing in future sets, as it’s a good party song, and certainly worked this time. The bride, Alice, who looked absolutely stunning, just happened by chance to be an occasional dentist for Chris the drummer… and his ‘full time’ dentist was among the guests as well – and it explains why he has such good teeth 😉

Due to timings running later than usual, we pushed on, taking a 5 minute break between sets, and as we hit Sex On Fire, the dance floor was kicking.  Last song was Fairytale Of New York (our only Christmas Song), at special request of Alice and Simon, with everyone gathered round.

It was a fantastic night, with a great, fun atmosphere.

Thanks for looking after us, best of luck in the future!