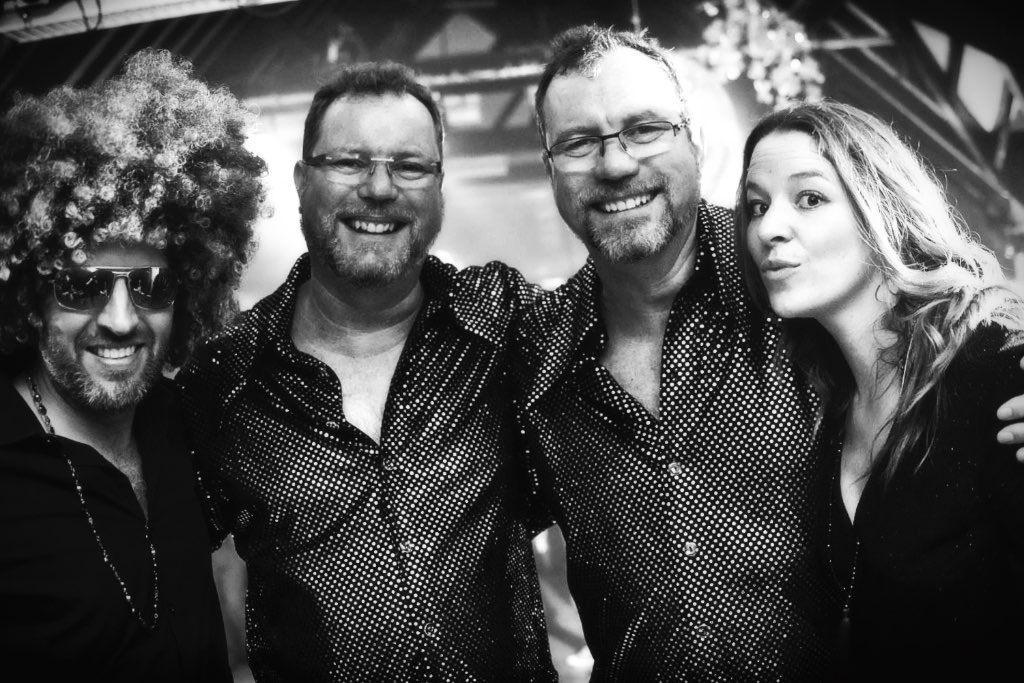 So this was to be a 70s themed, joint 50th party, for brothers Nick and Chris.  When we arrived, the hall looked great – glitter balls, pool dancing pole, vodka ice sculpture thing… and lots of flashy lights!  Jenny (Nic’s other half) had contacted the band and booked us as a surprise – though Nic found out.  She had sorted out a section of wigs for the band – and we had various props… sunglasses, open neck shirts, a general 70’s vibe….  Nick and Chris were genuinely thrilled and excited about having the band play – so we just had to deliver on that.

When the band kicked off, it was clear that this was going to be a good party.  We loaded the 70’s disco toward the start, then mixed in the other party tunes.  The crowd danced, drank vodka, pole danced, and looked rather fine.  The 70s outfits were excellent – I can very much recommend 70’s themed parties for people looking to have a colourful crowd… where people really let their hair down, so to speak.

It was a great party – with a top crowd.  Happy birthday Nick and Chris… hopefully see you out in Dubai 😉 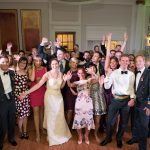