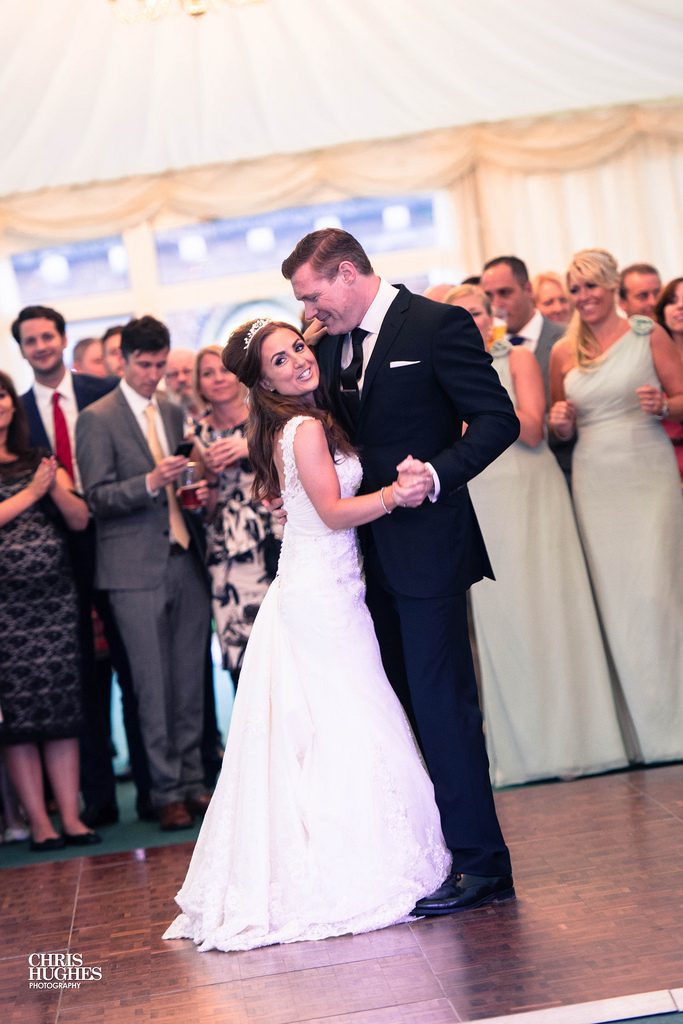 Congratulations Angela and Sean .  A first time for Rollercoaster at Offley Place, but a great gig to experience it.  We were playing in the marquee – first dance “Feel Like Making Love’ which was dj’d.  We followed it up with Tell My Ma, and I Used To Lov’er – which pleased the assemble Irish folk in the crowd!

They were a great crowd, dancing throughout.  Absolute special mention for the beautiful bride Angela, who came up and sang with the band for Moves Like Jagger and I Got A Feeling – see photo provided by the bride and groom.  Angela sings with The Cassettes (also know a The Van Goghs), who are a top function band – who would probably have been playing the wedding, had the singer not been the one getting married.

Despite not actually been able to hear herself (the band use in-ear headphones to monitor their voices and instruments), Angela did a fantastic job, totally fitting in with

the band, whilst making us look 100% more glamorous – which was nice 😉  It’s obvious why her band are so successful.

The band closed on irish Rover, then DJ’d, at special request of the bride and groom, Purple Rain as the closing song.

It was a fantastic night – a great bunch of people.  Special thanks to Paul and Jonny of Function Junction (top music agency) who recommended Rollercoaster to Angela.  Thanks to Sean and Angela for looking after us, best of luck in the future!