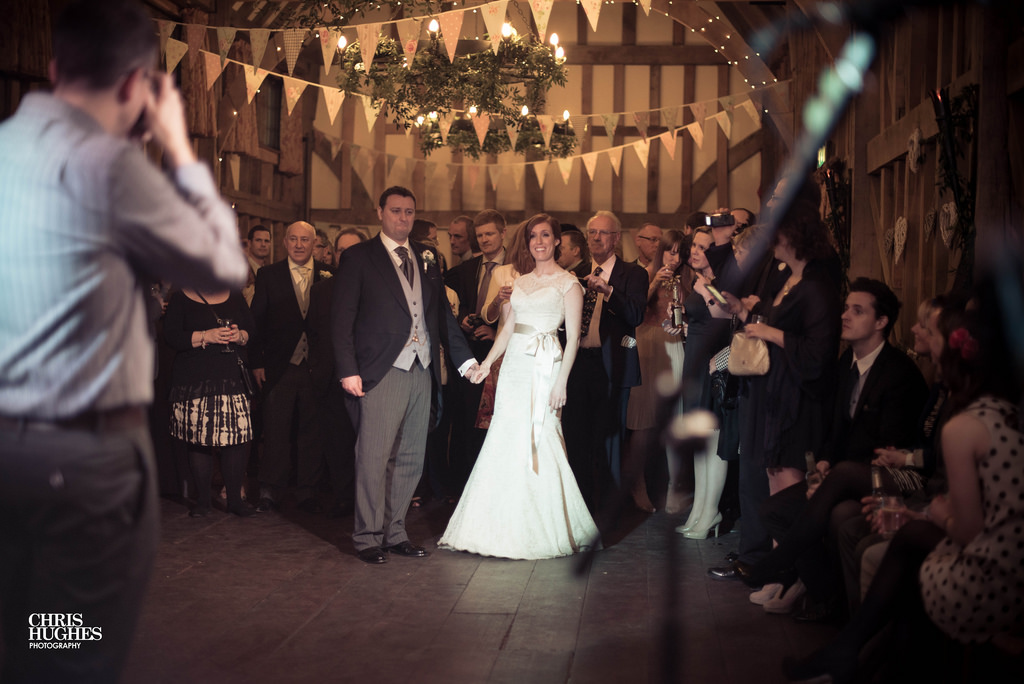 Gate Street Barn, Kalm Catering, Guy Collier behind the lens… and Rollercoaster at the helm in charge of the tunes!  The perfect combination.  Congratulations Abbey and Anthony – a warm and welcoming couple, whose guests filled the dance floor for the whole evening.  First dance was One Day Like This – which is one of the top first dances – played by the band.  This was a 3 piece gig, so the core band kicked putt he tunes (minus any of the female vocal and fiddle tracks we’ve been playing recently).

In the break, we chatted to another couple whose wedding we had played 4-5 years before – with the first child due in June… we were proud to be there at the beginning, so to speak!

We ended the second set with ‘the Scottish song’ – which had ALL the folk on their feet. dancing and singing.  Great gig, and a great start to the wedding season!  Next free weekend some time in September… at present.  Here we go!

Abbey and Anthony – thanks for looking after us, best of luck in the future (have a great honeymoon in South Africa).