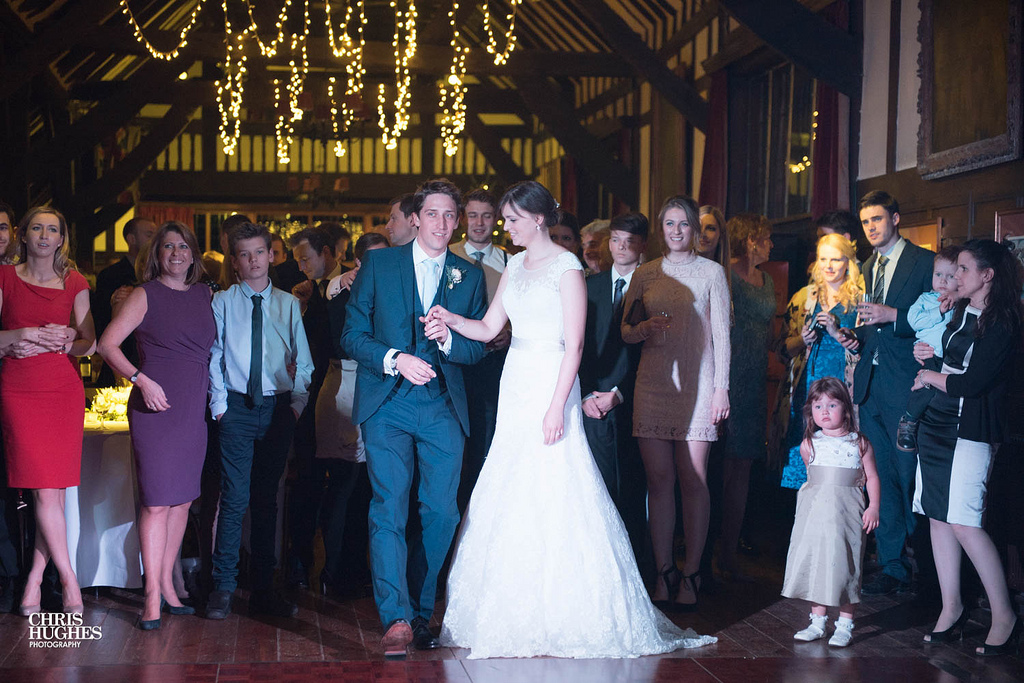 (…written by Alistair (bass / vocal / band manager!)
This booking had been taken back in October 2015, so a relatively late booking.  They had settled on the 4 piece band, and decided not to get the band there early for setup.  The finish was no later than midnight, so there was no extra there – and it is a local gig, so no additional travel.  There is no sound limiter at Ramster, which means the overall balance of the band is much better… it’s actually a well laid out venue, with the bar at the back, then the tables, then the dance floor, and finally the performance area.

The band arrived at 6pm, and were able to load out immediately to the

performance area.  The setup at Ramster is such, that you can pull across a large screen, and load in / assemble equipment, out of sight from the wedding party, who are dinning at the other end of the hall.  The hall is also large enough to allow allow the dance floor to be clear from tables, which is a bonus, as there is no change around or moving tables when the meal is finished.  The speeches started around 6.30, at which point we went round the hall into the long room where the coffees would be served.  It was here that the caterers brought out our meals.  Jacaranda are a very experienced catering company – they are sole caterers for Ramster, as well as Bury Court Barn (another top venue in the area)… and they always get it right, which is key at any wedding or event!

The speeches went on slightly longer than expected, but we returned to the room when they were complete, and continued setting up (the guests moved through to the other room for coffees and to cut the cake).  The aim was for an 8- 8.15pm start, and we were ready to roll at 8.15 (we started playing background music through the PA).  We had pre-warned that timings vary, depending on how long speeches go on.  Nikki had not wanted the band string up during speeches, which is not a problem, but can affect setup time.  As it is, the typical first dance takes place around 8.30-9pm, so we had plenty of time for a good party.

The ushers brought the wedding party through at 8.20, so within the next five minutes, I called the guests up to gather round the dance floor (people tend to hold back, which doesn’t give people the best view of the first dance).  Nikki and Mark had asked the band to learn the first dance (we ask for 3 months notice to do this), which was Magic by Coldplay.  I introduced the happy couple to the dance-floor, and started playing.

The first set ran until around 9.45, at which point we to a break from playing, and DJ’d modern and contemporary party songs, as requested by Nikki and Mark.  Cheese and biscuits were served at the back of the hall.  As happens with most weddings, the majority of the guests to the break as a chance to go to the bar, to chat, to head outside etc.  Only a few people stayed on the dance floor.  This is

standard, and happens irrespective of the music being dj’d.  On a few occasions , there will be a group of guests who will dance throughout – though this all depends entirely on the wedding… each and every event is different in that respects.

We started the second set at around 10.30, and ran it right up until the finish

point of 11.50.  We always try to close the night with a slower tempo song.  This leaves the guests happy, but not worked up i.e.  500 Miles is NOT a great track to end on, where as Daydream Believer, or Champagne Supernova ARE.  500 Miles IS a fantastic songs to play one before the end…  It’s a method of ‘set design’ that works well!

The guests departed, leaving us to pack up our gear…and we were away from the venue by 1am. 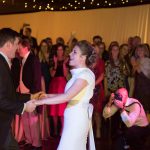 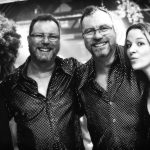